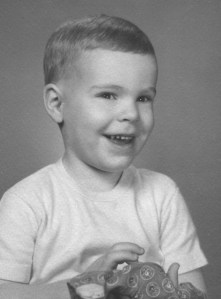 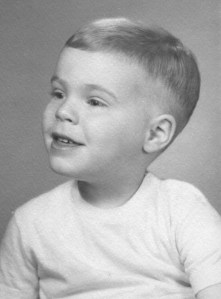 This was my one and only “glamour” photo session. I had a very wonderful childhood in Duluth Minnesota. We lived on Lakeview Drive and Lake Superior was indeed visible out our windows on the back of the house. We were on a hill and the next street was about a quarter mile down the hill. Because of the woods behind our house we had many visitors over the years. If it was a bad year for berries the black bears would appear and try to get into our garbage cans. We had porcupines, skunks and deer.

What impresses me most now that I have been a parent is the freedom we had to roam the neighborhood. As long as we were back by dinner time our parents did not worry. One time at the age of eight I banded the younger neighborhood kids together to play “Captain Cook” and go on an expedition. I was Captain Cook of course, and we managed to follow Congdon Creek down several miles through the woods towards the lake. We were gone for hours and no one knew where we were. It seems amazing now, as a stay at home dad I always kept an eye on my two children until they were teenagers. (I now belong to the Captain Cook Society which has members in the UK, Australia, New Zealand as well as the US.)

Duluth had the distinction of having the last surviving Union soldier from the Civil War living among us. His name was Albert Henry Woolson and there is a statue of him near the High Water Mark at the Gettysburg battlefield (see below). I was born in 1953 and he passed away in 1956 (at the same hospital where I was born) so I was alive at the same time as a Civil War soldier! In a few weeks it will be 150 years since the end of the Civil War at Appomattox Court House. 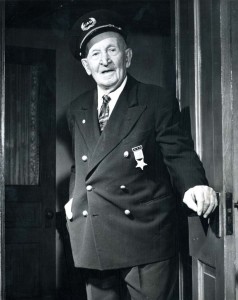